The school honor roll for those who had gone from the school on active service was unveiled by Mr. J.H.Lister, M.H.R, on Tuesday 9th December, 1919. 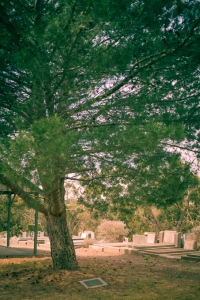 A pine tree presented by Legacy to the people of Bellbrae commemorates those who served in World War One.
The Lone Pine was a solitary tree on the Gallipoli Peninsula in Turkey, which marked the site of the Battle of Lone Pine in 1915. Pines which are planted as a memorial to the Australian and New Zealand soldiers who fought in Gallipoli are also known as “Lone Pines” or “Gallipoli Pines”, referencing the original tree.
Melbourne Legacy and the Yarralumla Nursery in Canberra have grown seedlings sourced from the trees at the Shrine of Remembrance and the Australian War Memorial respectively, which they have presented to schools as well as ex-service and other organisations throughout Australia.