Location:  No longer exists, however it may have been part of what is now known as Taylor’s Park

On Saturday 3rd August 1918 leading members of the Torquay Improvement Association (TIA) met at the Park to plant an Avenue of trees in honour of the soldiers serving abroad and those who had already made the supreme sacrifice. A relative or friend planted a tree for each respective soldier, the first planted was in honour of Private C. Altman, the first soldier to make the supreme sacrifice. Rev. H. J. Saw gave an address. Later in November 1918 the TIA at the annual general meeting a report was given that in the Soldiers’ Park, where about 40 Norfolk Island pines had been planted, name plates are to be affixed at a later date.

In a conversation between Cheryl Baulch and Ray Baines (Nov 1914), Ray identified that prior to the 1940 Torquay fire, ANZAC services were held at either Taylor’s Park or at Point Danger. 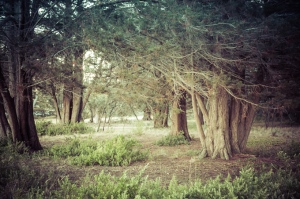 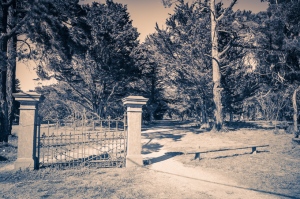 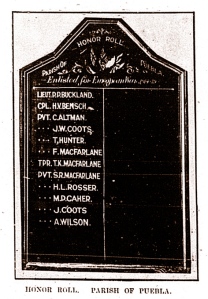 At the farewell to Pte. Coutts on 21 July 1916 an Honor Roll was presented to the community by Mr. McFarlane, Mr Taylor unveiled the Honor Roll. Mr McFarlane had come up with the idea and designed it while Private A Wilson of Torquay made the Honor Roll. It already had ten names on it. 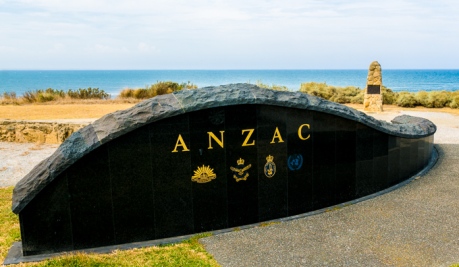 On Monday 11 Jun 1951, the Torquay Returned Soldiers’ Memorial, a stone wall memorial cairn to honour service personnel in the 1939-45 war was dedicated by the Rev. J. W. Waterman at Point Danger part of the Torquay Foreshore. The memorial is set within a large circular grassed area  and was originally flanked by two flagpoles and a gun from the Second World War. It was erected by the Torquay and District Ex-Servicemen’s Club. Over time plaques were added for the First World War, Korea, Malaysia and Vietnam.

In 2007??? an upgrade of the Point Danger area by the Great Ocean Road Coast Committee  to include the building of a new war memorial brought with it much controversy. After considerable amount of discussion a compromise was reached with Joe Walker and the RSL who had built the original rock cairn to keep the old memorial as well as build a new one. The new arrangement provides a complimentary aspect as you look over the water, especially at the annual dawn service on ANZAC Day. The largest outside of Melbourne in Victoria.