The battle for Lone Pine, originally intended as a diversion, began on 6 August 1915, involving 22 soldiers from the Surf Coast attached to the Australian 2nd and 4th Infantry Brigades and the 3rd Light Horse Brigade. While it was a victory for the Australians it came at a horrendous cost to both sides. Soldiers who died during the attack included: 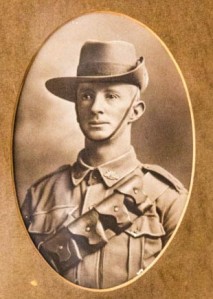 Of all the stories of battles at Gallipoli the one of Lone Pine stands out. The ridge line was given its name because when the Turks were making roofs for their trenches, they chopped down every tree except one. The Lone Pine attack, launched by the 1st Brigade AIF in the late afternoon of 6 August 1915 was planned as a diversion for the Australian and New Zealand units that were to breakout from the Anzac perimeter by capturing the heights of Chunuk Bair and Hill 971. The Lone Pine attack pitched Australian forces against formidable entrenched Turkish positions. The 8th Light Horse Regiment who were deployed without their horses at Gallipoli, formed the first two waves, which was just a prelude to 4 days of intense hand-to-hand fighting, resulting in over 2,000 Australian casualties. The battle area itself was on an area the size of two soccer fields.